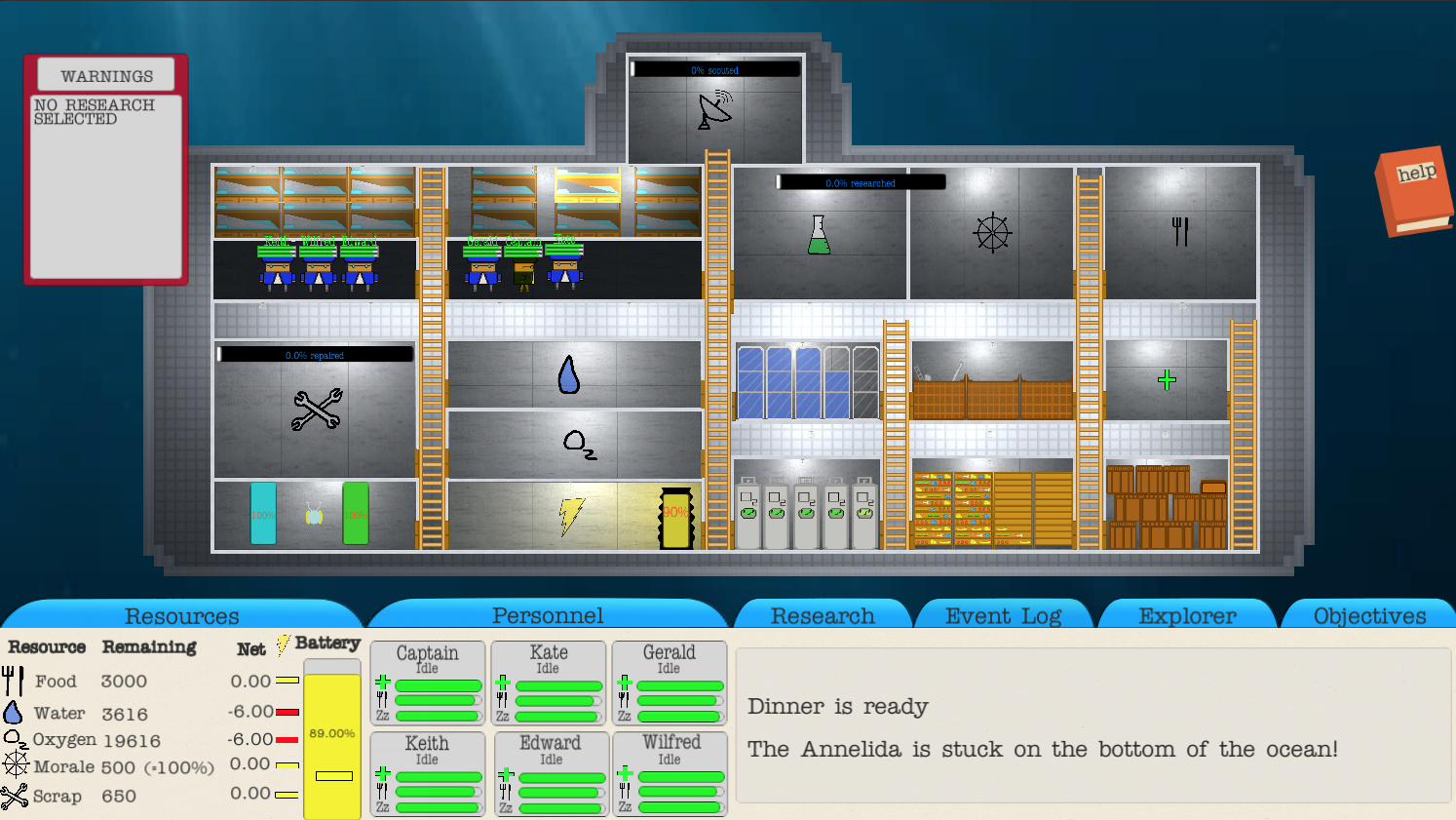 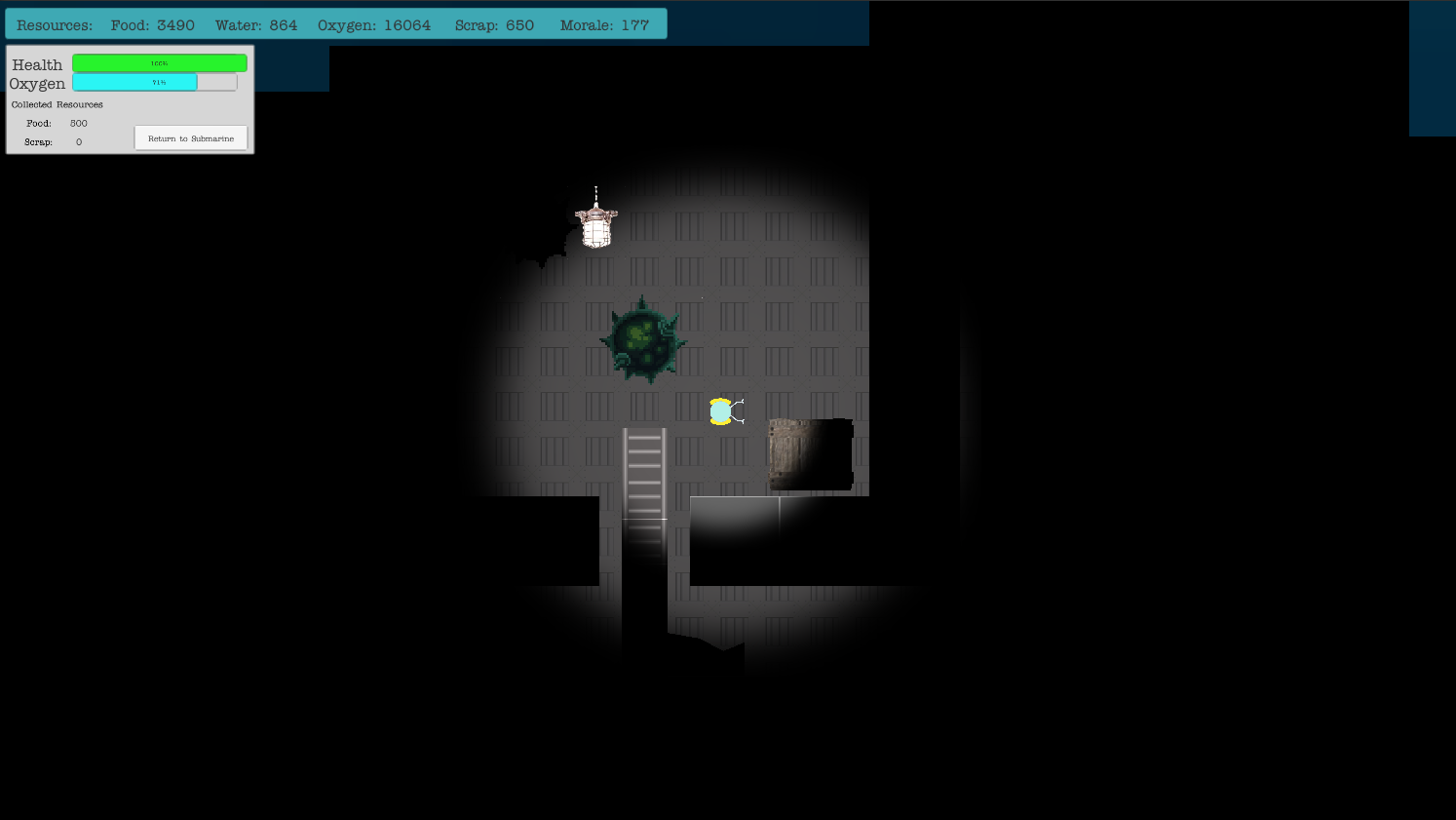 The Annelida Case is a Resource Management Game, which is set in a Submarine at the bottom of the ocean. The mission is to repair the Submarine by collecting scrap in an explorer vessel and then return to the surface.

The resources that need to be managed in order to survive are Oxygen, Water, Food, Morale and Scrap. To increase the odds of survival, research can be done to improve efficiency of resources. There are 6 Crew Members to control. Each Crew Member can be assigned one of numerous tasks to keep the Submarine going. Each Crew Member must sleep and consume food to survive. hazards throughout the five levels.