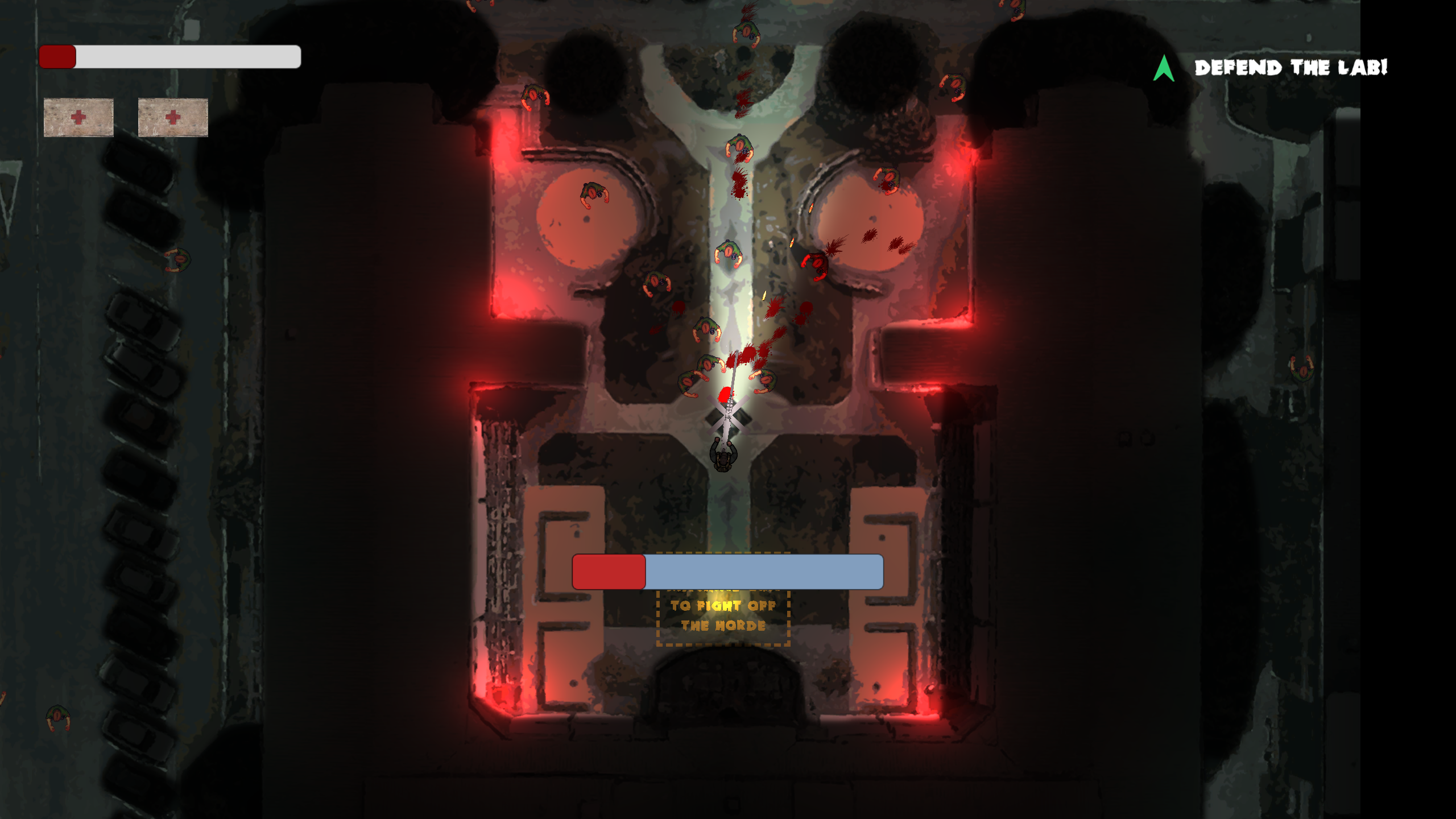 Dunedin, New Zealand, has been hit by a Zombie virus outbreak. The streets aren't safe. O-Week may not go ahead! In this top down horror survival shooter, play as Bryan, Campus Watch's finest operative, to kill zombies and save the city. 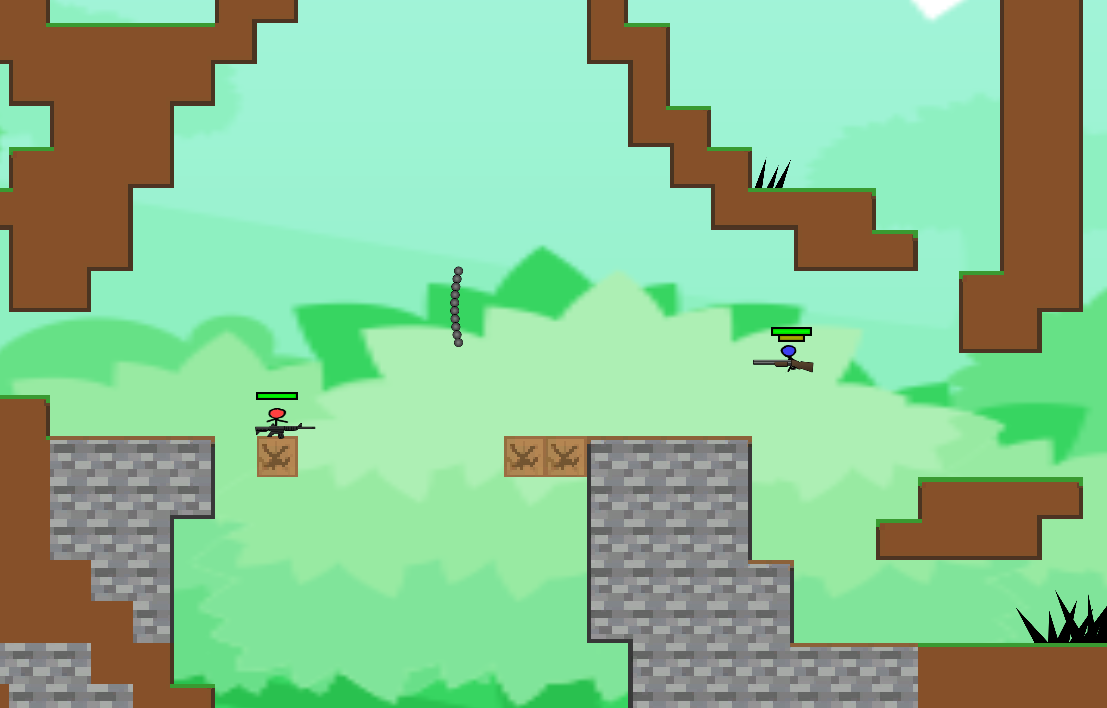 Bullet Brawl is a two player competitive action platformer. Use the collection of weapons found in each arena, as well as the weapon based movement to best your opponent. 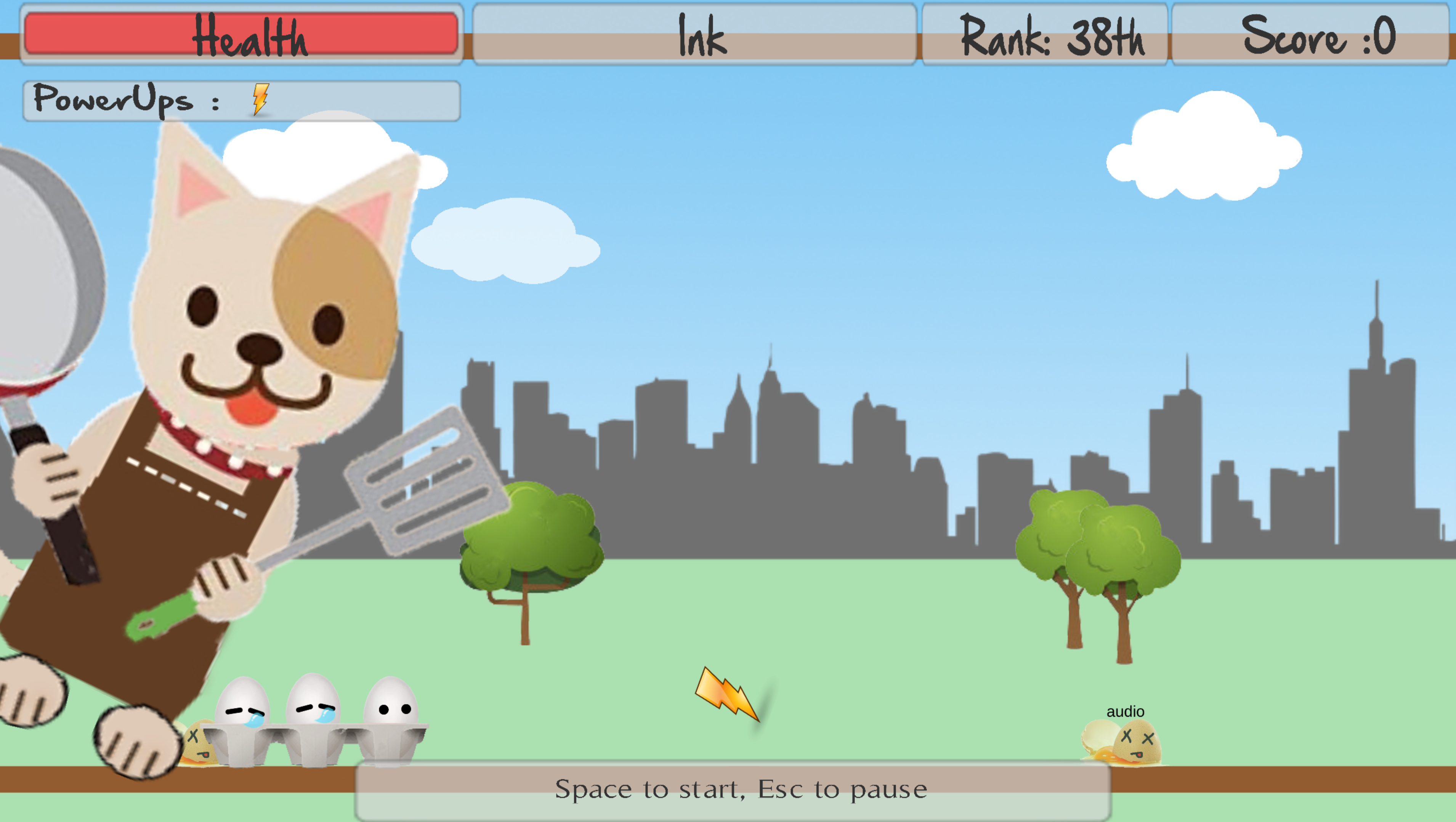 Egg Roll is a tribrid of Line Rider, Side scroller and Platformer. In this 2D game, your aim is to get as far as you can, avoiding various enemies, traps and obstacles to try and get the highest score. You play as an innocent little egg trying to escape a cat chef trying to turn you into an omelette. 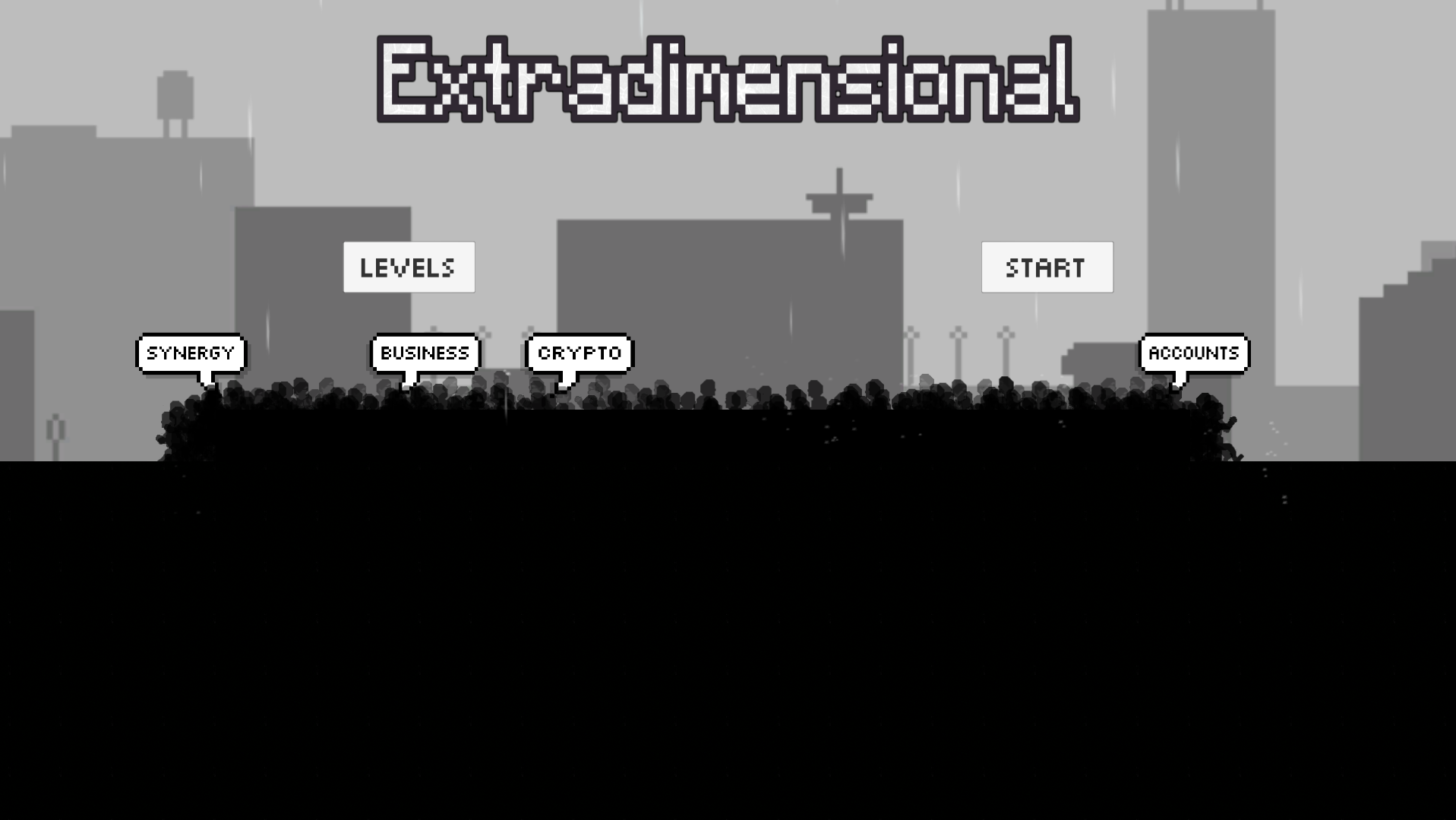 "Extradimensional" is a fast paced side-scroller where you chase colour through two, monochromatic dimensions. The gameplay is focused around changing between a black and white dimension to collide with (or pass through) objects as you pursue a colourful comet overhead. Every puzzle is simple to solve but must be solved at pace, making Extradimensional a combination of endless runner and puzzle platformer that takes the speed of the former to make the latter more exciting. 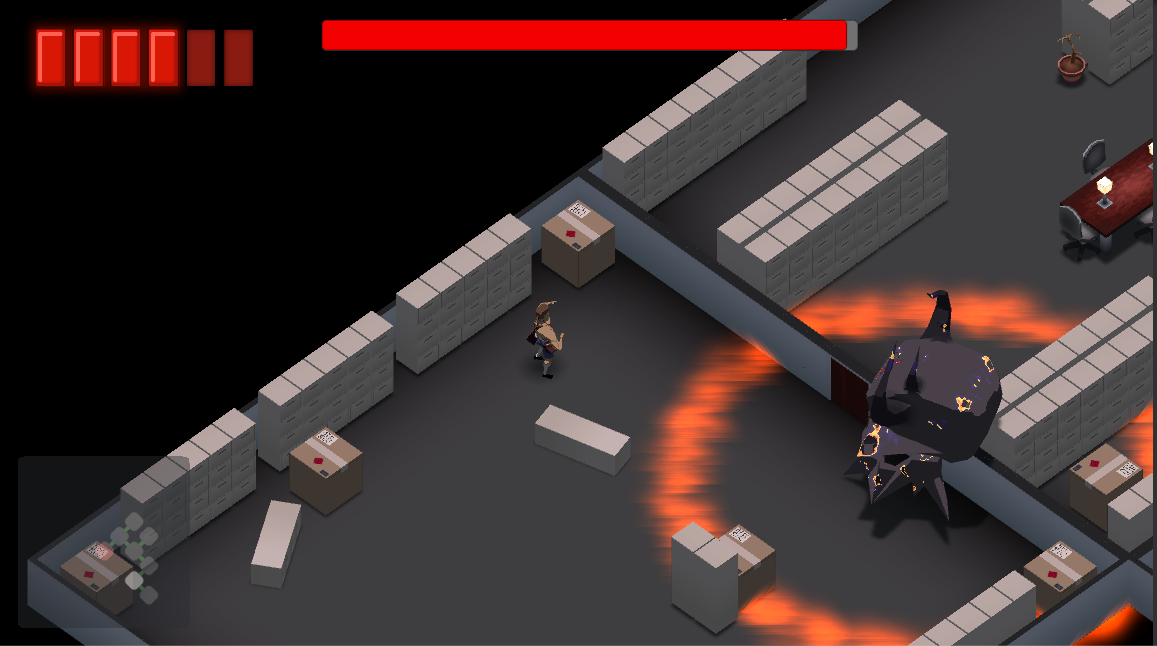 Goin' Postal is an isometric 3D roguelike, with a unique item chaining system. You play as Jim Anderson, a disgruntled local postman who delivers mail in Burnsdale. Jim, due to his rotten luck, just happens to be the only human in the neighbourhood. One unfortunate day, while returning from his daily delivery route, he gets a call from his boss, Stan, ordering him to go buy coffee. Whilst on the call, Jim distinctly hears his fiancé, Tammie-Lynn, in the background calling out to Stan. Jim loses the plot and goes on a murderous rampage. No tortured soul spared, no co-worker saved, no mail left undelivered...

Last Of The Light People 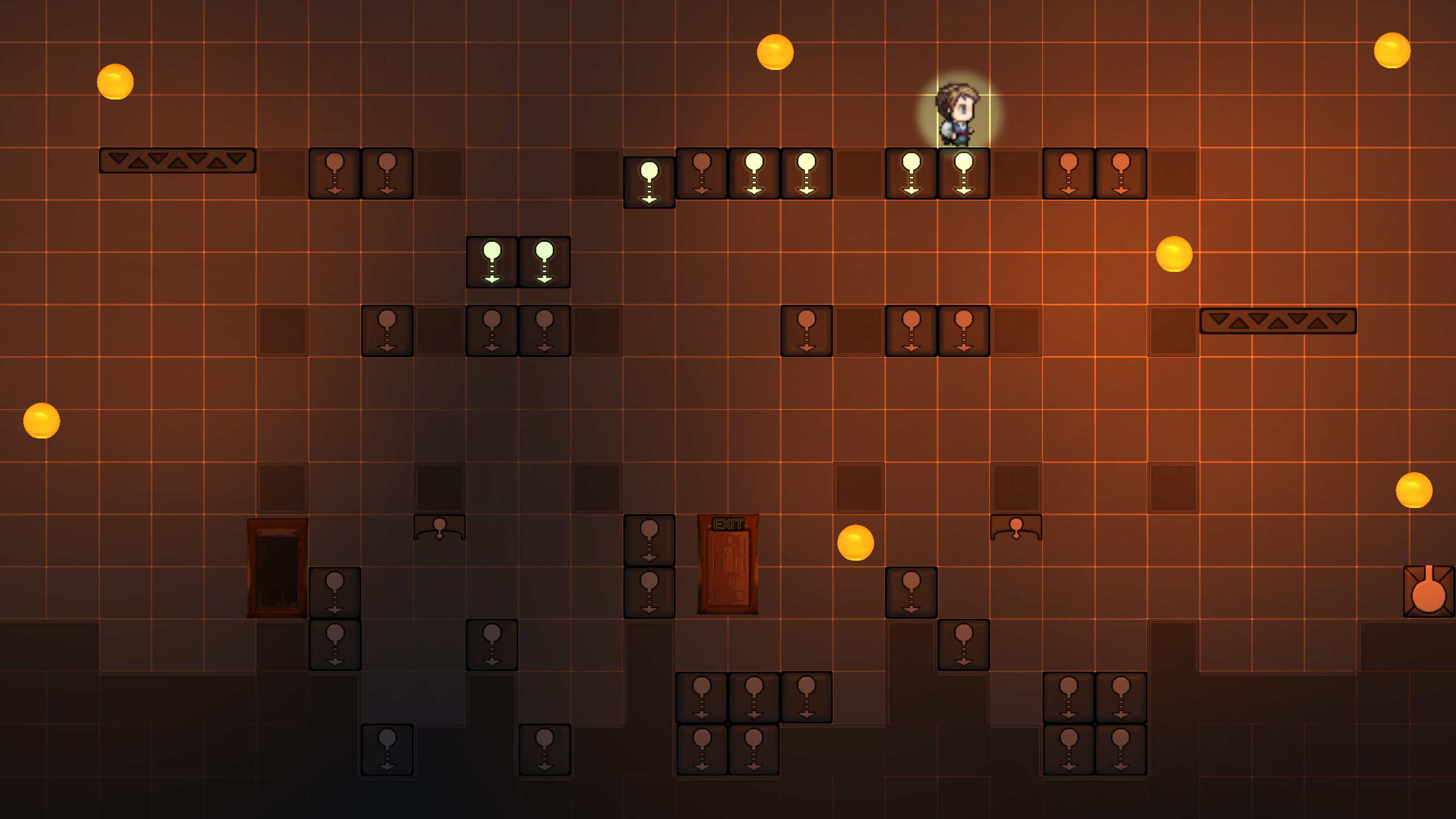 The planet Europa is being an invaded and it's up to you to save it! Last of the Light People is a 2-D Puzzling-Platformer created by Team Zippleback. You play Ray Don, the last of the free light people. Moving beam emitters around the game world solves puzzles and, if you're good enough, saves your friends. Ray Don's epic journey spans six substantive levels as well as inbuilt tutorials. 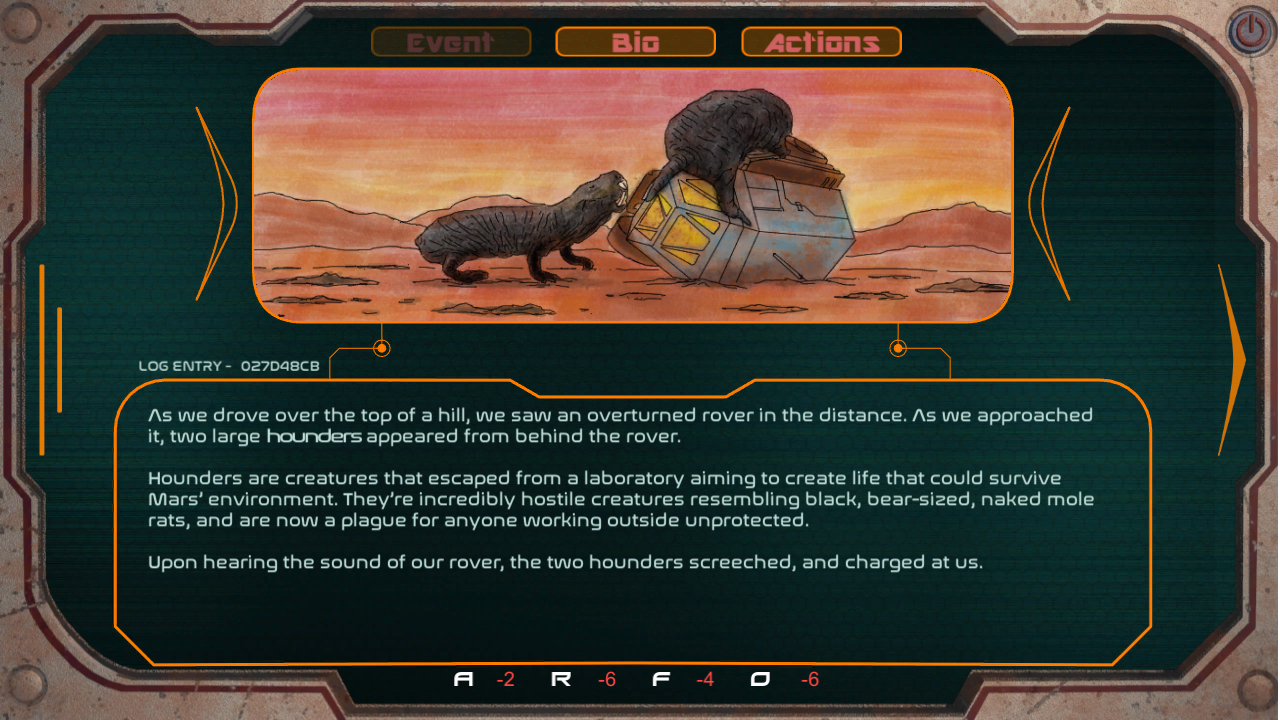 Mars is a science fiction, text based game set on Mars. You control a set of 6 survivors of which each has two traits that influence what direction the game can go in depending on how you use them. The survivors' outpost has been destroyed by a huge storm, and you must travel across the planet of Mars to get to your main base before the storm hits. You must manage four different resources in order to survive on your journey. On this planet where even surviving a day can be difficult you must learn to make sacrifices, cheat, lie, steal, and do whatever it takes to survive, but just remember that all actions have their consequences.

Time-Hops is a 2D puzzle platformer which follows the adventures of a time-traveling mushroom. In Time-Hops you have to use your power of time travel to navigate levels and solve puzzles.